Contemporary and future power grids are characterised by a high share of renewable energy sources. This leads to a massive fluctuating power injection, which needs to be balanced by battery energy storage. In view of the increasing share of the Variable Renewable Energy (VRE) in the energy mix of Mauritius, the CEB has planned for the introduction of Battery Energy Storage System on its network to arrest the fluctuation inherent to the VRE systems.

The Mauritian energy transition to a low carbon economy is picking up speed. The CEB has installed the first grid-scale Battery Energy Storage System (BESS), the first in its kind in Mauritius, to enable high capacity storage of renewable energy in the grid.

A picture of the BESS 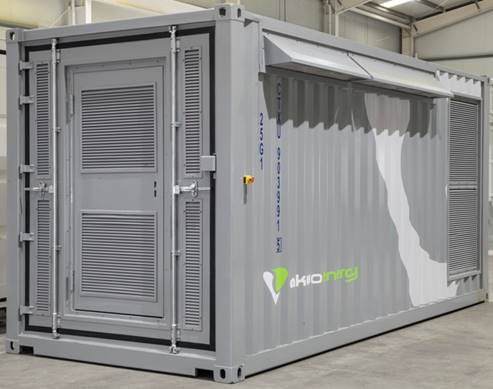 This unique project has been financed by the Green Climate Fund under the project “Accelerating the transformational shift to a low-carbon economy in the Republic of Mauritius” for which CEB is the implementing agency and the UNDP the supporting agency.

This high-tech, latest technology and ultra-fast response battery energy storage system (BESS) is the first of a series of upgrades to the electricity grid in order to achieve a smarter, more modern and cleaner electricity network in Mauritius. Today the CEB has two BESS installation of 2 MW power output installed at Amaury Substation and Henrietta Substation respectively.

Each BESS is made up of two containers of 20ft housing 10 racks of Lithium Ion batteries for a total energy storage of 1.12 MWh and two power converters with a total installed capacity of 2.24 MW respectively. All the associated control systems, fire protection systems, medium voltage switchgears and step up transformer are housed within the same containers.
The project implementation started in November last year. The battery systems will allow more renewable energy, which are typically of intermittent (on and off) nature such as solar and wind, to be on-boarded onto the national grid by carrying out the crucial role of helping to stabilize the frequency and voltage of current supply to our homes, schools, hospitals and industries, to name a few. 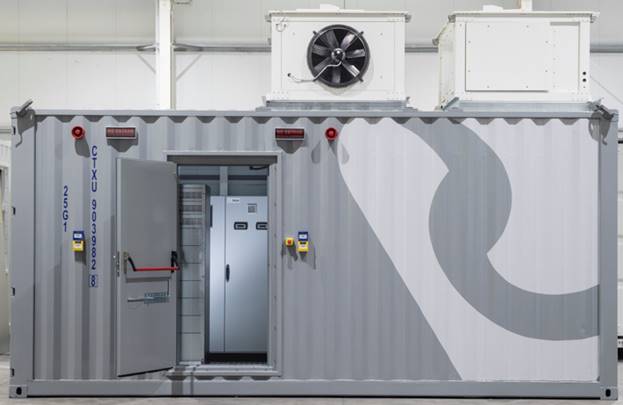 In so doing, the BESS will help to reduce what is known as the Grid Emission Factor (GEF) of the CEB grid to bring it more at par with the cleaner electricity networks in modern countries. As such, the key objective of the CEB with the installation of grid-tied BESS is to strengthen its grid in terms of frequency regulation to support the integration of variable renewable energy projects with its fast reaction time. In addition, the installation has two other functionalities which can be activated if need be. The two functionalities are voltage control and manual dispatch similar to that of a conventional generating units.

The two installations of BESS, are the first phase of the main project which consist of the deployment of a total of 18MW grid-tied BESS in Mauritius. The second phase will consist of the installation of 14MW BESS deployed in four CEB’s main substations namely Jin Fei Substation with 4MW, La Tour Koenig Substation with 2MW, Anahita Substation with 4MW and Wooton Substation with 4MW respectively, with a completion time of 12 months. In addition, the CEB is also planning to installed 1MW of BESS of the same technology in Rodrigues to strengthen its electrical network, in order to again further increase the share of renewable energy in its generation mix.

With the on-going drive to encourage the uptake of renewable Energy schemes especially Solar Photovoltaic in Mauritius, Rodrigues and Agalega, CEB expects a total of around 185MW of Intermittent Renewable Energy (IRE) from Large, Medium and Small Independent Power Producers to be integrated to its network by 2025. This is in line with the Government of Mauritius’ Long Term Energy Strategy 2009-2025 to increase the share of renewable energy in our energy mix (electricity production, transportation sector and manufacturing) to 35% by, namely, reducing the country’s dependence on coal and heavy oil for electricity generation.

In this respect, another 14MW of BESS’s will be rolled out over the next 18 months by the CEB, under the GCF project, to enable the Rep. of Mauritius to achieve the renewable energy targets that have been set by 2025 and ensure reliable and safe supply of cleaner energy to the population.

For any complaints or suggestions, please contact the Customer Services Department of the CEB through the following channels:
- WhatsApp Number : 5252 5030
- Phone Number : 404 2061 (office hours only)
- Email: feedback.bess@ceb.intnet.mu